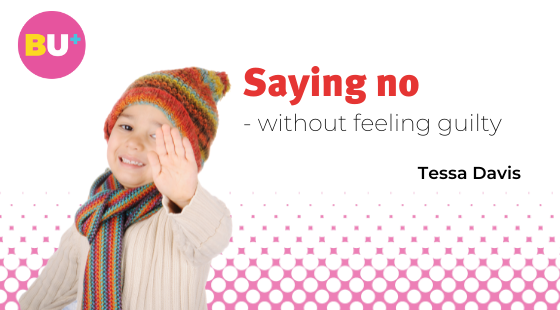 I used to find it really hard to say no to people. They might have been asking me to be part of a cool new project or to take on an extra teaching session, or even just to go to a social event that I did not want to go to.

I always struggled to say no. It’s so…awkward. Combined with how I really wanted to keep people happy, and I had huge FOMO that I’d be missing out on the opportunity of the century…I just couldn’t bring myself to do it. So I said yes. All the time.

And instead of having more exciting things going on, I just became overwhelmed. I now had so many more tasks on my plate, and not only was I not doing the additional tasks, but my original tasks were suffering too.

I was becoming less productive, not more. I knew that something had to change. I learned how to say no, without feeling guilty. And you can do it too. Here are five simple steps:

Set some boundaries and rules in your mind that allow you to have warning for when you’re going to say no. I know I can commit to 4 presentations a year and then a number of teaching sessions too which I try to balance between local, regional, and national/international. Once I’ve committed to my agreed number, I know that the next time someone invites me, I’m going to have to say no. And so I’m mentally prepared for this…it doesn’t come as a surprise to me. This makes is easier for me to stick to my strategy.

It’s easy (and very tempting) to want to give a long explanation as to why you’re saying no. It made me feel better to do this, and somehow I thought it would make the other person feel better too. And it is ok to give some explanation, but what you really want to avoid is leaving it open so that they can come back to you with a solution to your problem.

“I’m really sorry. I’ve got multiple projects on at the moment and if I take this one on too the rest of my work will suffer. I’m going to have to say no”

The first option tempts the recipient to come back with ‘well, how about the beginning of next month then?” or “this one will only take a couple of hours I promise”

It’s just clearer – you’re keeping it simple and not too lengthy.

You are saying no and they’re going to be disappointed. They might even be a bit annoyed. That’s not a nice feeling. But there’s no reason that you can’t still be nice and kind about it. Make sure when you reply, you’re not being too short or too curt, and add in some nice phrases.

Thanks so much for thinking of me.

I’m really honored that you considered inviting me.

That sounds like a really cool event, but unfortunately I’m not gonna be able to join.

It just helps add a sense of positivity to it. Hopefully it’ll also take the edge off your rejection

You might want the opportunity to work with this person again or work on similar projects and if that’s the case, make that clear in your reply. When you reply, you can say

I’m sorry, I can’t do it this time, but please keep me in mind for future

Ask me again next time this comes around

Another option here is to recommend one of your colleagues.

I’m sorry, I can’t do it this time, but have you considered asking X as she would do a great job?

It might be a great opportunity for one of your colleagues, that they would love to do. So before you say no, think about who in your network might be able to use this chance. It would mean that all three of you have a happy outcome.

You need to be able to move forward and put this behind you. Once you’ve said no, don’t spend ages dwelling on it or feeling guilty about it. This is a waste of your precious time. Think of the positives. You have said no because you want to focus on another project (this is a good reason!) or you’ve said no because you want to spend more time with your family, or just have some time for yourself. All of these are great reasons. They’re positive for your life. Focus on that and move on.

I follow these five steps every time and now I have mastered the art of saying no without feeling guilty and you can too. What are your strategies?

Read these posts next